Richard has been diving since the beginning of 1980. Back then diving suits were DIY affairs cut out and glued up on the kitchen floor. 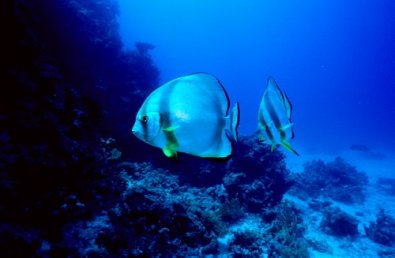 He took up underwater photography just shortly afterwards using an old Anfibian Brev Gagy 35mm camera, but soon gave it up as a bad job. A few years later he took it up again, this time using a Calypso (the forerunner to his Nik II). After some time and a lot of perseverance via a Nik III, IV and V with all the accompanying lenses, things clicked, and Richard began to be pleased with his results.

Richard has had several photos and diving articles published. He was also the cameraman on several underwater videos – Dive Scapa Flow, Truck 1/2, Key Largo, West Palm Beach, Dive Palau and Scotland’s Wrecks. He also contributed to Rod MacDonald’s first book, Dive Scapa Flow. He has worked for Divex – a commercial manufacturing diving company – photographing the Stealth Rebreather. During his employment in the commercial diving industry he has also worked on the development of a rebreather set for the oil industry and commercial diving.